DOCKLANDS IS GETTING A NEW FOODIE PRECINCT

Docklands will soon be home to a world-class food precinct, called ‘The Market’.

Inspired by famous fresh-food halls like Chelsea Market in New York City, The Market is set to feature 25 Melbourne provedores and specialty retailers, including butchers, delis, bakers, coffee roasters and cafes. Sydney investment house AsheMorgan has embarked on the final phase of its $150 million plan to turn Docklands' Harbour Town mall into a retail, food and entertainment mecca, now known as 'The District Docklands'.

Construction of the new $67 million market project began this week and will replace two levels of a seven-level car park adjacent to the mall. Expecting to be complete in mid-2019, The Market will offer a 3800-square-metre, full-line Woolworths, a Dan Murphy's liquor store, a large Asian grocer, a Priceline pharmacy alongside speciality retailers. 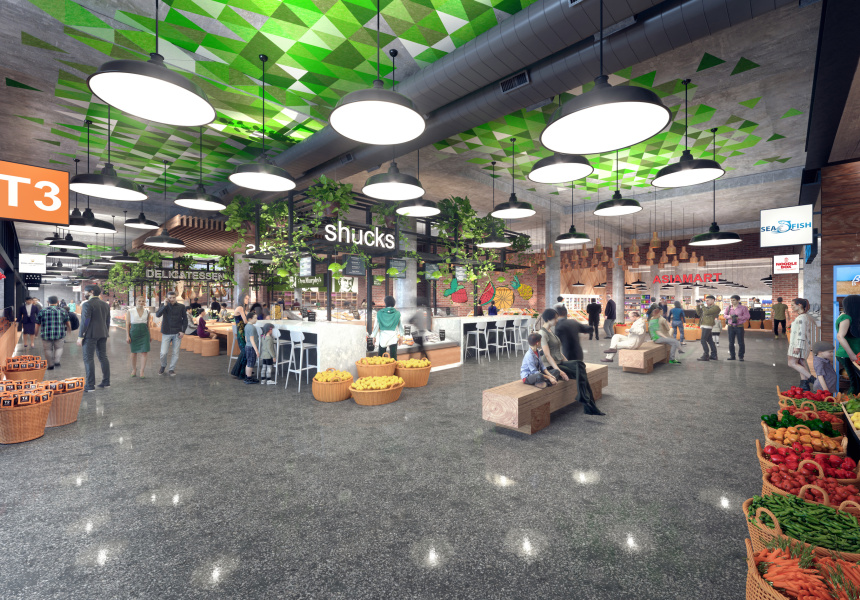 The project is the next phase of an exciting transformation of the Docklands precinct, with The District Docklands already building a cutting-edge entertainment hub complete with a HOYTS cinema and other entertainment and restaurant options.

Minister for Planning, Richard Wynne, said “The Docklands is fast becoming one of Melbourne’s most popular places to live, work or visit. Major projects like these are a great way to attract more visitors and more families to live in the area.”

It will complement AsheMorgan's $150 million revival of the next-door mall, where a new eight-screen Hoyts cinema plus restaurants, Strike bowling, and an urban brewery will open in September.

"We believe from an entertainment perspective, the offering of The District Docklands will be unprecedented," said AsheMorgan principal Alton Abrahams. "When you combine it with the nearby ice-rink and the observation wheel [Melbourne Star] it's quite an exceptional and attractive precinct."

Mr Abrahams said he believed The Market would be popular with Docklands locals and people living nearby as a place to do their fresh food shopping.

"The District Docklands is the shining star in Melbourne's largest urban renewal project, providing a convenient hub that caters to everyone's needs," he said.

The entertainment precinct is set to open in September, and the market will open in mid-2019.