Designs for the five new train stations, which were named in a public competition, were released on Wednesday morning. The new underground rail project has been designed to untangle bottlenecks in the City Loop.

The project will link the Sunbury and Cranbourne/Pakenham lines via a 9-kilometre tunnel along with the new stations at North Melbourne (with the existing North Melbourne station to be renamed West Melbourne), Parkville near the University of Melbourne and Royal Melbourne Hospital, State Library, Town Hall and Anzac on St Kilda Road.

The architectural designs, which were a collaboration between Hassell, Weston Williamson and Rogers Stirk Harbour and Partners, were inspired by each area's unique character. Each station is also expected to include bicycle facilities, green spaces and community plazas.

Designs for the five new underground train stations are revealed below. 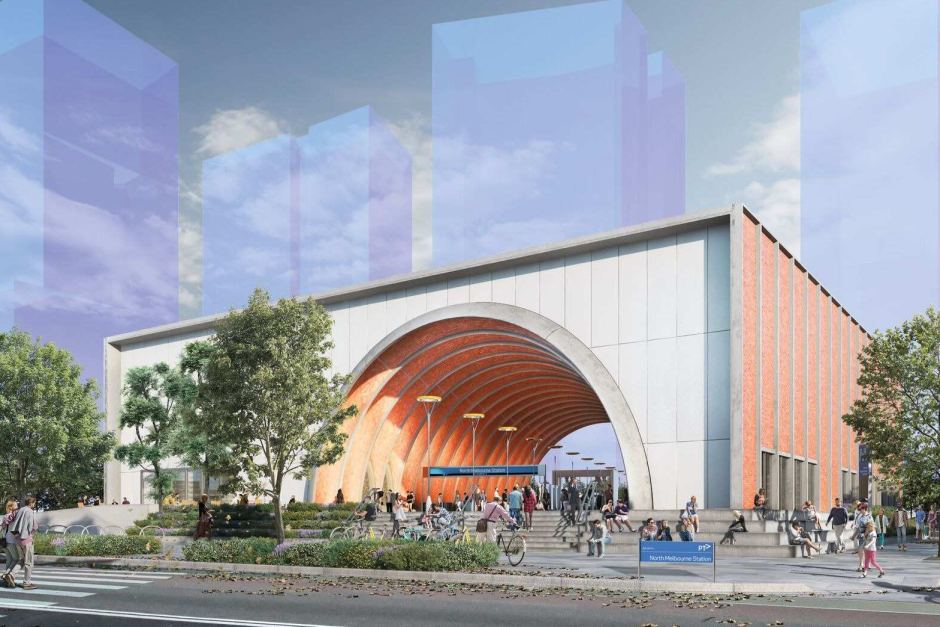 North Melbourne Station, to be built near the corner of Arden and Laurens streets, will feature a large red brick arched entrance, in a reference to the site's industrial heritage, while skylights will flood the concourse and platforms with plenty of natural light. 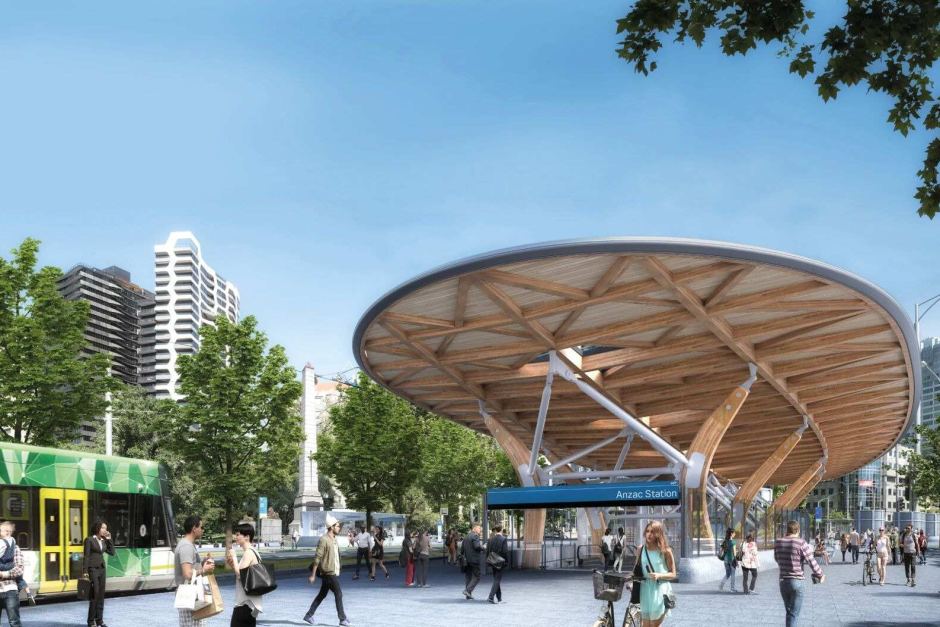 A massive canopy boasting skylights will rise above Anzac station in a bid to shelter thousands of commuters using both trains and trams. A pedestrian underpass will also be built underneath St Kilda Road. 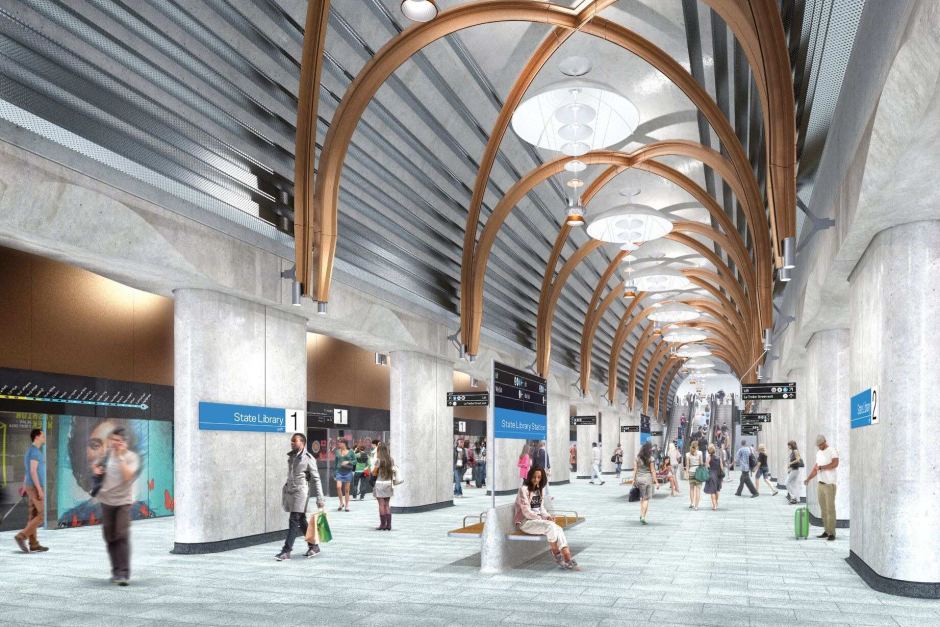 A view of the State Library station entrance from Swanston Street. Photo: Supplied

Laneways around the State Library station entrance will be redesigned to include more cafes and shops, while big arches will frame the platform below. 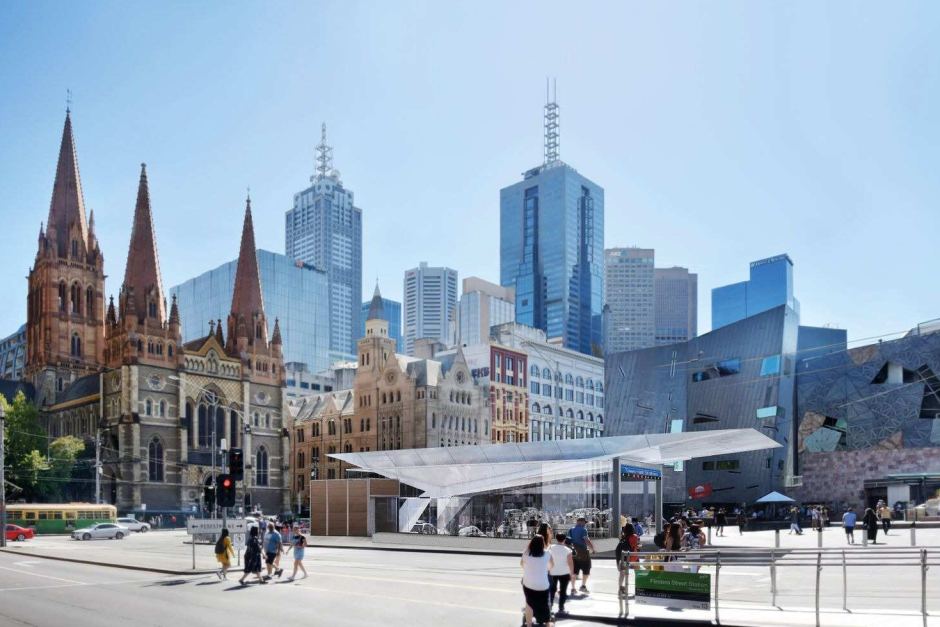 New meeting places will be built around the new Town Hall station. New cafes and shops will also take up residence around the station.

The entrance to Parkville via Grattan Street. Photo: Supplied

Suburban commuters emerging at Parkville station won't need to consult their phones for a weather report — they can just look up. The curved glass ceiling and walls hope to give the concourse a light and airy feel, while trees will line the streets outside.

The Metro Tunnel and its new stations are due to open in 2025.

In case you missed it:
Docklands is getting a new foodie precinct!
Read up on this delicious new addition to our harbour community.