Victoria is hoping to secure its place as the country's "cultural capital" with plans to build the largest contemporary art gallery in Australia. NGV Contemporary will be a landmark, new purpose-built gallery dedicated to displaying local, national and internationally significant contemporary art and design.

Located at 77 Southbank Blvd, and connected to an expansive 18,000 sq/m of new and renewed public green space, NGV Contemporary will be the heart of a reimagined Melbourne Arts Precinct. The Victorian Government announced that the gallery would be built at the Carlton and United Breweries site, behind the Arts Centre and the National Gallery of Victoria (NGV).

Creative Industries Minister Martin Foley said it would cement Victoria as a global leader in the arts world. "The National Gallery of Victoria is one of the world's top 20 contemporary art museums and now we'll have an opportunity to have a dedicated contemporary art facility," he said. 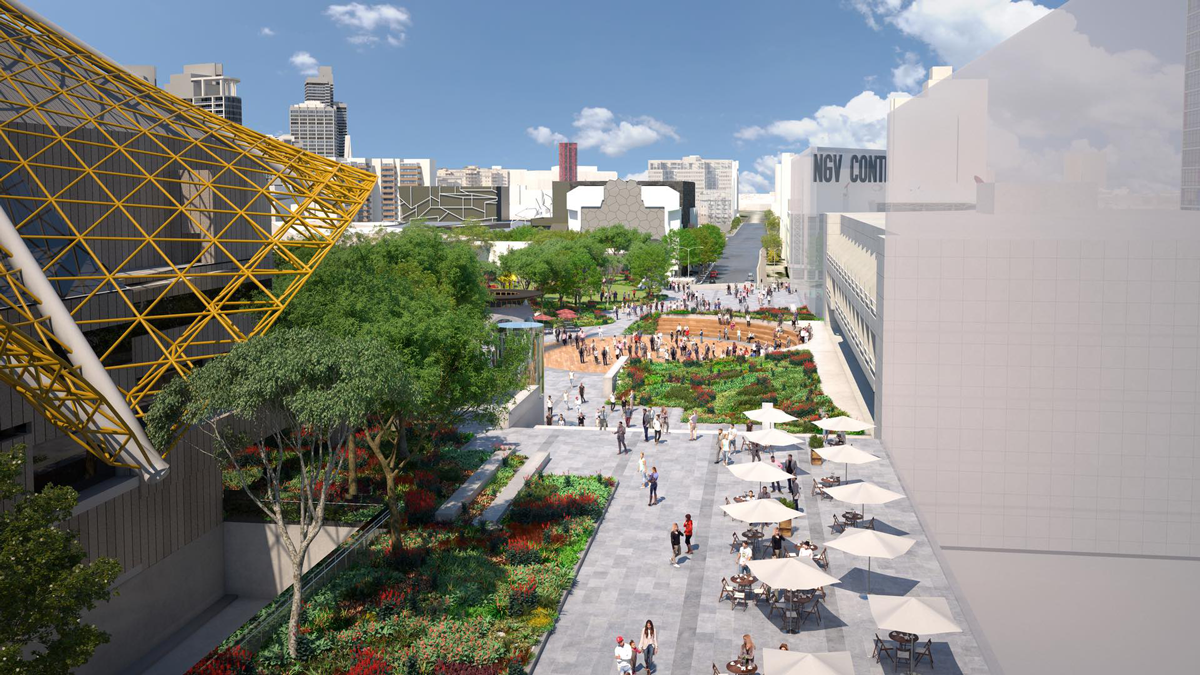 "This is all about re-imagining this whole arts precinct, opening up Southbank … and setting us up to be not only the sports capital of our nation, but the cultural capital," he said. "This is a very, very exciting project. And it's not a question of whether it will happen, this is going to happen and the first stage is fully funded." The State Government allocated about $150 million in the May budget to buy the Carlton and United Breweries site and start planning works.

Mr Andrews said further funding would be announced at a later date, but he was certain "Melbourne's philanthropic community" would support the gallery.

The redevelopment, involving about 18,000 square metres of new and renewed public space, hopes to improve links between Southbank and the city's main arts centres. It includes upgrades to theatres at the Arts Centre, an expanded Australian Music Vault, a new centre for small-to-medium arts organisations, a new pedestrian corridor with bars and restaurants, and bike tracks and more green space on Southbank Boulevard. The Government said the project was expected to create 10,000 jobs during the construction phase, and 260 ongoing jobs. 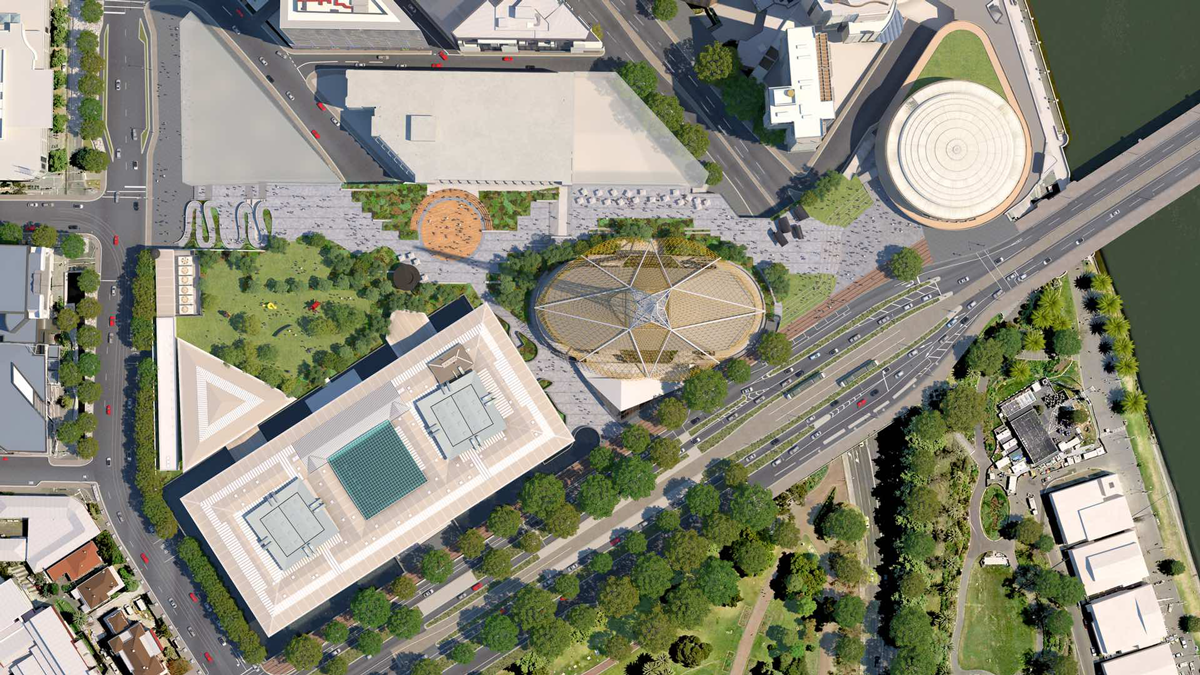 New gallery not in competition with MONA, director says. Announcing the new art space, NGV director Tony Ellwood said he was the "happiest gallery director in Australia right now. This means an enormous amount for Victoria," he said. "To actually really capitalise on the strength in numbers around contemporary art and design and to create a building of this magnitude, with this kind of vision, really consolidates our position as the leader in the arts in this country."

The Arts Centre Melbourne and NGV together attract more than six million visitors every year — twice as many as the MCG. Mr Ellwood said the recent Triennial at the NGV drew almost 1.3 million visitors, with 20,000 visitors going through the gallery on some days.

"The building really does need to expand," He said NGV Contemporary would not be in competition with, but "complement", the Museum of Old and New Art (MONA) in Hobart. "What we are noticing is a lot of international and national visitors are coming to Melbourne for a cultural experience, and to Hobart, and that's really healthy," he said.

NGV Contemporary will become an epicentre for our local art and design community and a drawcard for all Victorians, interstate and international tourists. Mr Andrews said the Government expects the new gallery to be completed by 2025.